Betting On You: How HR Can Fix Work Once and For All

One of the biggest benefits of the Virtual 2021 California HR Conference is the talented array of presenters. And one of the most inspiring is Laurie Ruettimann, who will be leading us through a deeper understanding of our own employee experience.

There’s never been a more significant opportunity for HR professionals to tackle complex issues and fix work once and for all. But far too many human resources practitioners are leading complex change initiatives and talent attraction strategies while feeling disconnected from work, disengaged from the company’s strategic goals, and overwhelmingly burned out.

You can’t fix work for others if your own employee experience suffers. In this session with Laurie Ruettimann, you’ll deepen your understanding of the true definition of employee experience by using your personal career as a case study. You’ll also explore strategies to provide engaging, personalized experiences that enable workers in all departments to be their best at every stage of the employee lifecycle.

For years, HR has been promising to create cultures of curiosity and learning that attract and retain the best and brightest workforce. Laurie believes that human resources can deliver meaningful experiences for employees, but it has to start with itself. With a carefully designed plan that focuses on bringing innovative human-centered policies and programs to life, you’ll be on your way to rethinking the future of work and moving the HR industry forward.

Save Your Spot at the Virtual 2021 California HR Conference!

Hire Them Back: Get Women Back to Work ASAP

Did you know that 2.5 million women in America have left the workforce since the beginning of the pandemic? Perhaps one of your friends or family members left work due to the coronavirus. Maybe it’s you.

This past February, Vice President Kamala Harris warned that the rapid departure set women back for decades. Speaking to women’s groups and activists in February, Ms. Harris said, “In one year, the pandemic has put decades of the progress we have collectively made for women workers at risk.”

She called it a national emergency, and she’s correct. But it’s not like the workplace was terrific for women before COVID-19. Research from multiple academic institutions and think tanks shows us that women in the U.S. have always worked more, earned less, and had fewer savings to show for their labor than men. So when the virus eventually landed in Seattle and New York City in March 2020 and spread throughout the country, it confirmed what most of us knew: the promise of greater gender equality and inclusion in the workforce was nothing more than PR for America’s leading corporations. For employers who want to do the right thing in the face of this great moral crisis, the answer is simple: Hire women back.

Yes, reinstate women back on the payroll immediately. Don’t make them reinterview. Simply restore their health insurance and retirement benefits and contributions. Bridge their service to make sure there’s no gap on their resume. Get them back on their teams with colleagues and leaders who care about them.

Why should leaders and HR departments rehire women who left the workforce to care for their children and other immunocompromised family members? You owe it to them. During the scary spring and summer months of 2020, men shifted into remote work roles and thrived. But productivity and output only improved because of the women behind the scenes who either juggled work and domestic responsibilities or opted out of the workforce like it’s 1962.

While it’s tough for corporate leaders to wrap their minds around hiring women back, you should do it for selfish reasons. Attracting talented workers who can hit the ground running is already expensive. According to Glassdoor, the average U.S. company spent over $4,000 to hire a new employee in 2019. As the global economy opens up, this number is predicted to increase exponentially. You can pay to rehire women now, or you can pay to reskill and upskill your recycled workforce in the future. Either way, this crisis requires action. The most cost-effective path forward is to hire these women back.

Yes, There Are Obstacles

Of course, there are obstacles to just hiring women back. The problems that drove working women out of the workforce haven’t disappeared. School schedules are chaotic, caregiving demands never end, and women are still responsible for almost all household chores. According to both the World Economic Forum and the United Nations, women spend a full working day a week more than the average man doing unpaid childcare.

How do you help working women avoid the pitfalls that forced them to leave in the first place? Hire them back quickly and lean into those wellbeing programs your HR department has been talking about for years. Your corporate culture failed to protect those talented workers who needed that elusive work-life balance promised on your company’s website. You were unable to make good on your end of the bargain in 2020. Let’s rectify that mistake in 2021. It’s not just the right thing to do for working women. It’s the right thing to do for your company’s culture and morale.

Can corporations honestly be expected to hire back workers who are distracted with household duties? Absolutely. Treat these returning women like the lowest-performing member at your organization: let it slide for a while. Standards of performance are subjective even when we pretend like performance metrics are objective. When I worked in corporate human resources at some of America’s most profitable organizations, we rarely fired people for performance. Sometimes it took an act of divine intervention to place someone on a corrective action plan. And once those plans were initiated, it’s not like the organization could move quickly to fire someone and hire a talented rockstar in his place. It often took HR up to six months to terminate someone’s employment for poor performance. If you have a terrific human resources department, stage an intervention and make sure they give working women the tools and resources she needs to be successful just like you promise to other struggling workers. Tolerate the expected dip in performance as she reacclimates to her old role. Better yet, ask your HR team to step up and create systems of work and benefits programs to enable working parents of any gender to be successful within your corporate culture.

Now, there is a legitimate process-driven question about what to do with returning women whose jobs have been backfilled, eliminated, or absorbed in other ways. If the work no longer exists as it did in 2020, can we hire them back? Hell yes. Hire them back with an apology for capitalizing on the pandemic and not creating a corporate safety net to ride out the pandemic. Expect very little pushback from colleagues and supervisors. People are notoriously overworked, and I can’t imagine a scenario where an employee or manager gets mad for being awarded an additional headcount.

Does it seem absurd to ask a woman to return to work in her old job and pick up where she left off? Maybe. Hire her back anyway and ask her to work with your human resources team on a task force to address working parents’ issues in your company. Pay her (and every other member of an employee resource group) to explore serious organizational issues while earning a salary. This specific solution allows a rehired worker to network internally and discover a new internal role where it’s possible to contribute to the company’s overall success.

Yes, This Is Your Company’s Responsibility

Some might argue that we shouldn’t expect corporations to do the government’s job. They say that hiring women back en masse is merely a bandaid, and it’s not a company’s job to address society’s lack of empathy. But corporations have been leaders on social issues for decades.

During the summer of 2019, right before the pandemic, nearly two hundred of America’s top CEOs came together to change the future of work. The Business Roundtable declared that corporations had a new mission: deliver value to customers, invest in employees, deal fairly and ethically with suppliers, and support the communities where their enterprise operates. If the purpose of a corporation has changed — and companies need to be good stewards of people, communities, and the planet — you can’t fulfill that promise if nearly 1.5 million mothers are still missing from the workforce.

Unfortunately, executive leaders like to say one thing to the public and behave another way in private. Billionaires around the world added $4 trillion to their wealth during the pandemic. According to Oxfam, billionaires have more wealth than the 4.6 billion people who make up 60 percent of the planet’s population. COVID continues to drive those numbers in favor of the ultra-wealthy. Meanwhile, only four cents in every dollar of tax revenue comes from taxes on the wealthiest among us.

If companies don’t accept responsibility for their role in creating a national employment gap, politicians will notice. It seems easier to proactively tackle this issue on your terms than being hauled before Congress. As Mark Zuckerberg can testify, hearings aren’t cool.

Yes, We Need To Hire Women Back ASAP

As a longtime human resources leader and executive coach, I believe there’s only one way to fix the employment gap and help working women: hire them back. Think it can’t be done? Accenture took the lead and is committed to hiring moms back ASAP.

If a company like Accenture can partner with local non-profits and take the plunge, what’s your excuse? Hire these women back. Do this tomorrow, without delay, and with an apology to all working women and families for your role in this national crisis. Hiring women back to work isn’t just the moral and ethical thing to do. It’s the most economically feasible way to bring seasoned workers back quickly and address the forthcoming talent shortage.

But my advice is to move quickly and hire women back before they take one look at the post-COVID job market, remember what it was like to be cast aside for the common interests of men, and decide to never come back at all. 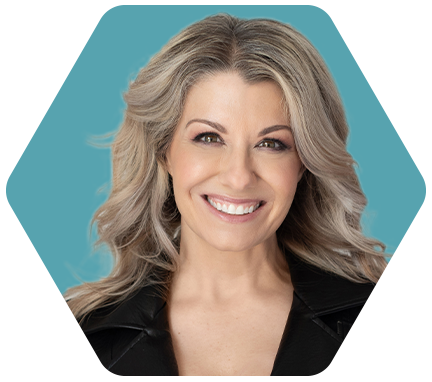 Laurie Ruettimann’s career began in 1995 as an HR assistant for Leaf Candy Company, providing operations assistance and recruiting services for an hourly workforce in a manufacturing environment that was heavily unionized and staffed with immigrants from war-torn Bosnia. Since those glorious days, She’s worked at Monsanto, Alberto-Culver (now Unilever), Kemper Insurance (out of business), and Pfizer (not her best work). Even as her title and compensation grew, she hated her job.

Laurie became a writer, speaker, and podcaster as a result of the heartbreak and outrage she experienced throughout her corporate career. While she loves calling out boorish behavior, she is dedicated to the revolutionary and long-overdue mission of fixing work by telling stories and teaching leaders how to create workplace cultures that support, empower, and engage workers meaningfully.

Now Laurie helps executives and HR leaders prioritize the employee experience to avoid the collateral damage of a toxic work environment. You can find her all over the internet, shaking her fist and yelling at clouds.

Laurie’s new book Betting on You: How to Put Yourself First and (Finally) Take Control of Your Career is now available! Order a copy